Lago de Titicaca is located between Bolivia and Peru at an altitude of about 3.800m. With a size of 8400 sq-km it has a lot to offer. Pre-Incan cultures connected the lake with mystical events. The highlight of a trip to the lake is definitely Isla del Sol. The Incas identified the island as the birthplace of the sun. Many Quechua and Aymara people still believe that they originate from the first Incas, Manco Capac and Mama Oclo, who mystically appeared on Isla del Sol under direct order from the sun (the sun is a god in Inca believes).

Unfortunately we had some rain and thunderstorms at the birthplace of the sun, among other problems, but it was still a beautiful place. Isla del Sol is on the Bolivian side of the lake. To get there you have to take a boat at Copacabana. Many people leave their luggage there and just go for one night with a small backpack. Since we didn´t stay in Copacabana before, we took everything. A big mistake – when you arrive to the harbour, you have to climb 200 vertical meters to an altitude of about 4.000m on the „escalera del inca“! 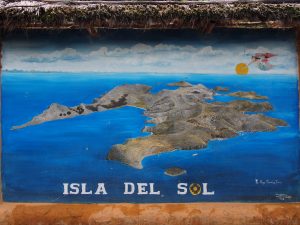 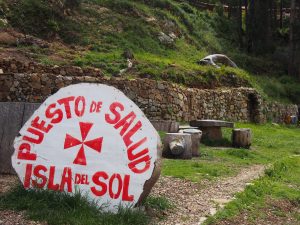 We felt like Nepalese sherpas and it took forever to get up. We were tempted to take the first hostel on the way, but the views got better the more we ascended… We checked in to a small hostel on the way. People on this small island still live a very simple life. They have to get their water from one source on the island and carry it up to their house. They have water tanks on their roofs, but you should consider the value of your shower. There are no cars on the island, so you have to walk everywhere.

Our plan was to hike to the north of the island and back on the next day. There are a few Inca ruins in the north as well as some nice beaches. The hike is supposed to be nice but rather exhausting because of all the ups and downs at this altitude. But when we arrived to the island we were told that going to the north was not possible. There is currently a fight between the village in the north and the one in the center of the island. Due to this, the village in the center doesn´t let anyone pass. Not even boats were going to the north for the last 5 days. We even heard that they placed dynamite on the trails, but we didn´t really believe that. We were really unlucky, because we had heard from friends that one week before everything was still fine. So instead of an exhausting hiking day we just wandered around the south of the island. There was one inca ruin there, but it was just one small house. 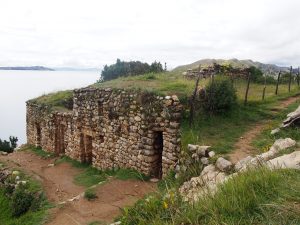 Apart from that there were  lot of dunkeys, alpacas and pigs to meet on the island. 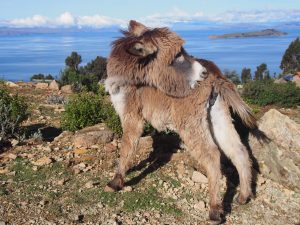 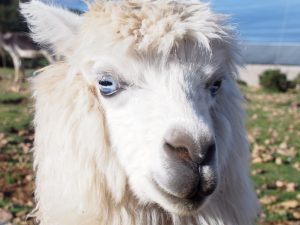 There were also some nice viewpoints when you climb higher and we used the free time to practise some Spanish in the sun on top of the mountain. 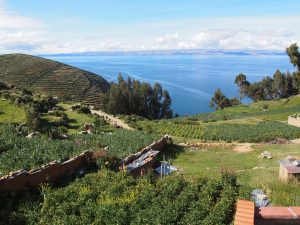 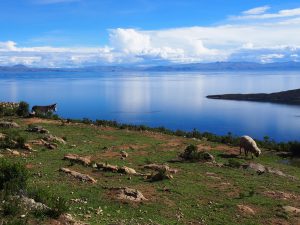 After two nights on Isla del Sol we left again and stayed one more night in Copacabana. We didn´t really like the town itself. Staying on Isla del Sol was definitely much nicer. However, there were some points of interest. The cathedral is huge and reminded us a bit of a mosque from the outside. 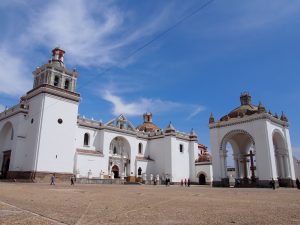 We also hiked to the Horca del Inca, which was an astronomic observatory. We had a hard time finding it because it wasn´t really spectacular. The climb was still worth it for the nice views.

After one day we left Copacabana and crossed the boarder to Peru. We skipped the Peruvian side of the lake and went right to Arequipa.