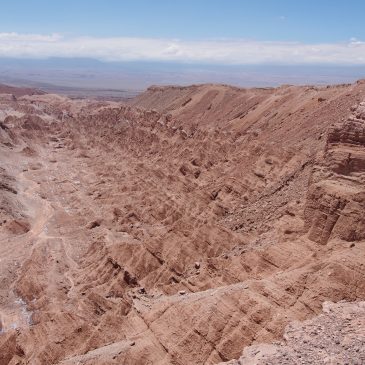 There were three things we definitely wanted to do in South America. Machu Picchu (or similar, we´ll get to that later), Galapagos and star gazing in the Atacama desert.

So we were really excited about getting to the desert now. We didn´t do a tour to the observatories in La Serena because we wanted to do it here.

The Atacama Desert is the driest desert in the world and streches out for about 100.000 square kilometres. When people say they go to the Atacama Desert, they usually refer to San Pedro de Atacama, a small village in the north east of Chile.

We had a long day driving from Putre to San Pedro de Atacama, taking two buses and lasting 16 hours. When we left Calama, about 90km from San Pedro, the bus driver told us we should put on a jacket because it was raining in San Pedro. We couldn´t believe it – rain in the desert? As we said before, it is the driest desert in the world and it usually doesn´t rain – ever. But apparentely it had been raining for the last ten days. After checking in to our hostel we went to the tourist office and found out that many sights in the area were closed because of the rain. Of course non of the astronomic tours had left in days. We were really disappointed! We had planned to stay only for two days but we decided to wait a little longer for the weather to improve. We also found out that we had just missed a partial solar eclipse in the morning! At least we found the best ice cream ever with local flavours such as coca leaves at Baluba Ice Cream.

After two days of rain the weather finally got better. We had sun during the day and were able to see a few things. One day we rented bikes and drove to the Valle de la Luna (Moon Valley). It got its name because the whole area looks like the landscape on the moon. It is a mix of brown sand and white salt, so it looks a little bit like snow as well. The ride there was pretty hard because it went up and down a lot and in total it was about 32km. 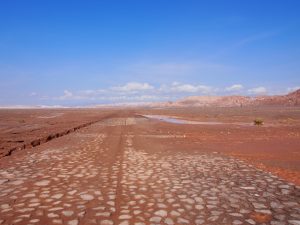 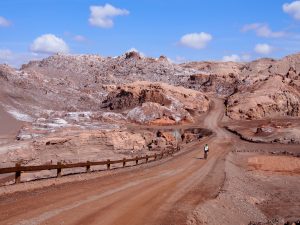 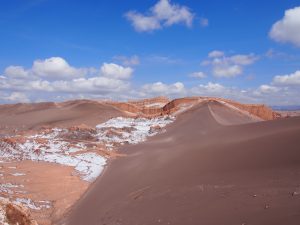 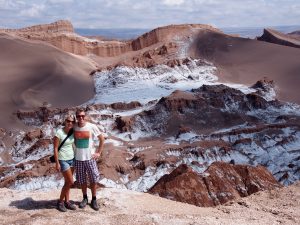 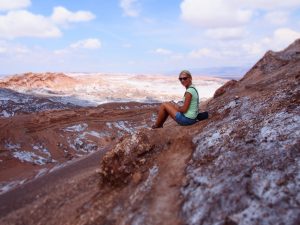 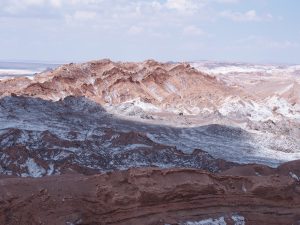 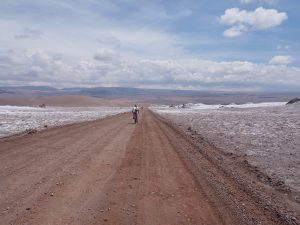 On the second day we rented bikes and a sandboard and went to Valle de la Muerte (Death Valley). The landscape here is very surreal as well and reminded us of Mars. A lot of the road was deep sand, so we often had to push the bikes. 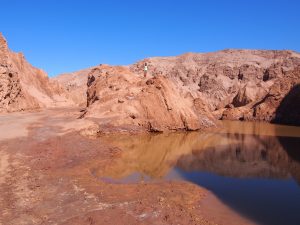 There is a huge sand dune where we tried out our sand board. It was a lot of fun, but the effort of walking up the dune everytime for one minute of fun was just too much 😉

We then walked up the hill with our bikes through really deep sand to a beautiful viewpoint. 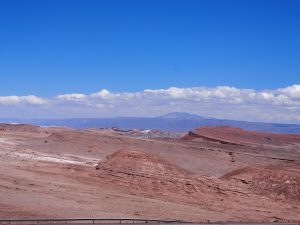 On our way back down we came across another viewpoint of Valle de la Luna. An exhausting trip that was totally worth it! 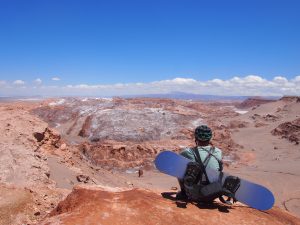 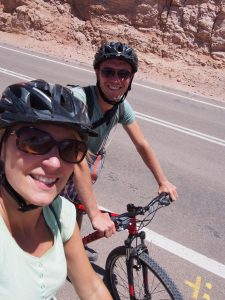 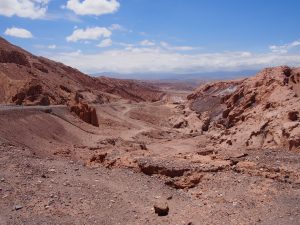 On our last night we hoped to go on the astronomic tour, but it was cancelled last minute. The nights were still cloudy, so we missed the most important thing in the desert.