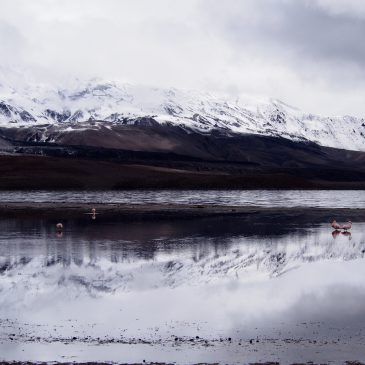 We felt like we haven´t seen enough of Chile yet to really know the country. The usual tourist plan would be to go from La Serena to San Pedro de Atacama. But we wanted to see more, so we went all the way up to the north to see the Lauca National Park. The park is at an altitude of 4.520m and has the highest lake in Chile. It is only a few kilometres from the Bolivian border.

Getting there was torture. We took a bus from La Serena to Arica, which took 23 hours. We spent one night in Arica in the cheapest place we could find – a party hostel with no chance to sleep. The next morning we took another bus to Putre, a small village in the mountains at 3.600m of altitude. For us it was incredible to get to such altitudes with a bus, while we had to walk 6 days in Nepal to reach the same. The village was really small and quiet and we found a nice hostel.

We went out to look for a tour to Parque Nacional Lauca for the next day, but we were disappointed. The affordable tour was not available and all the others were really expensive. The owner of our hostel proposed that we should hitch hike the 50km to the park, as many people do. First we were sceptic because we had never done anything like this before, but then we decided to go for it.

We bought some coca leaves to prepare for the 4.520m altitude with some coca tea. We spent the rest of the day in the village, where it got really cold and foggy from 2pm. In the afternoon we were freezing in our hostel without a heater or hot water. A lot of coca tea was the only solution! In the evening we went to a restaurant with a fire place. Finally it was warm! Jens had a alpaca steak and we both had a delicious quinoa risotto. 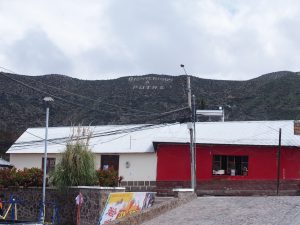 The next morning we got up early and walked to the road that entered the village. At first there was no car in sight, so we started to walk. After 1km we were picked up and dropped of at the junction of Putre and the main highway towards the national park. There we waited one hour without any luck. 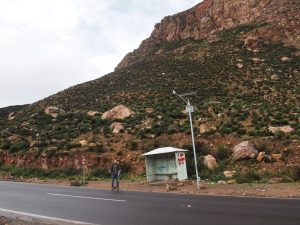 There was almost no traffic! In the end we stopped a bus on the way to Bolivia who took us for a fee. We were a bit nervous about getting back, but now there was no way back. 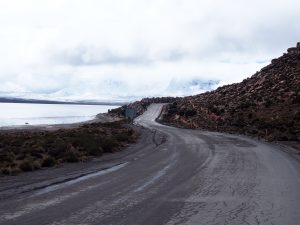 As soon as we arrived we knew it was worth it. We had the park to ourselves in the morning. We walked along Lago Chungara, the highest lake in Chile. It got some unique flora and fauna. We especially loved the alpacas, flamingos and vizcachas. Unfortunately the weather wasn´t good enough to see the Volcan Parinacota. 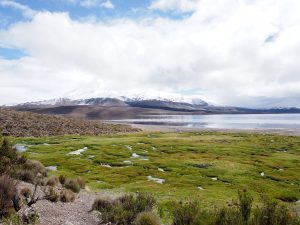 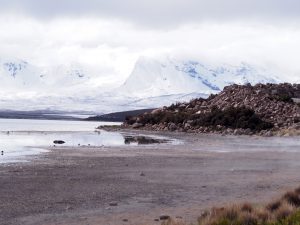 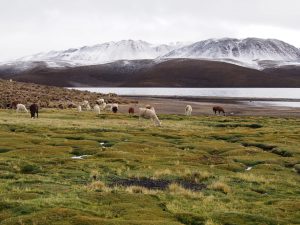 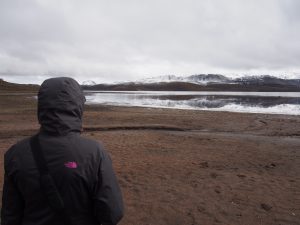 We had expected a few longer hikes around here, but there weren´t. It was just one short walk along the lake. After a couple of hours we decided to try our luck and get back to Putre. We waited two hours! No car wanted to stop or if they did, they were full. In the beginning we didn´t want to go with a trucker, but then we had no choice. We were really lucky when a 24 year old Bolivian trucker picked us up. He was such a nice guy and we had a great time on the way down. Have you ever been inside a truck? 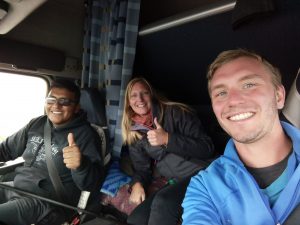 After another cold night in Putre we left towards San Pedro de Atacama the next day. Another long drive…