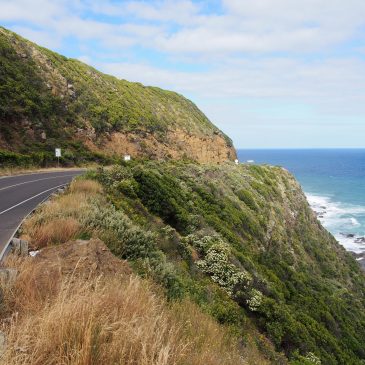 The Great Ocean Road – one of the big highlights of the Australian east coast! We hired a car and spent four days here including one day trip to the Grampians National Park.The Great Ocean Road is a 243km scenic road along the south-eastern Australian coast. The road was built by former World War I soldiers and is dedicated to the soldiers that lost their lives during the war. It is the world´s biggest war memorial.

Our time here was a bit chaotic due to the fact that we had these tickets for the Australian Opens and still wanted to go.
On Sunday morning, it took us 2 1/2 hours to get from Melbourne city center to the airport. Due to that we already missed half a day on the road because it was already 12 pm when we got the car. Our plan was to drive quickly to the middle of the Great Ocean Road to do the part furthest from Melbourne first, and then make our way back to Melbourne for the match the next evening. Not the best idea we ever had.
It was a cold and wind day today. We stopped at Surf Beach in Anglesea first for a first look at the beach. Then we made our way through many places on the most scenic part of the route. From Anglesea to Apollo Bay the road was moving right along the sea and there were great views everywhere. We stopped a million times to enjoy the views. 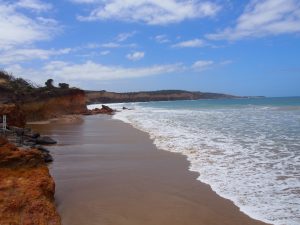 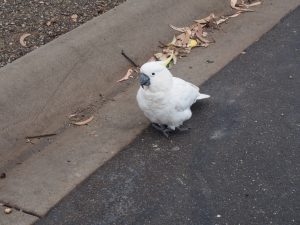 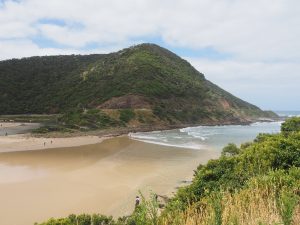 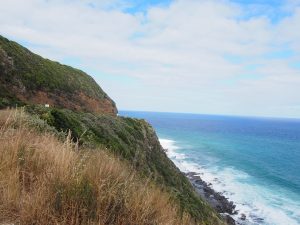 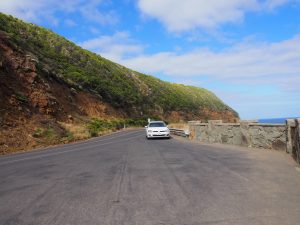 One of the highlights was Kenneth River where we saw our first koala! 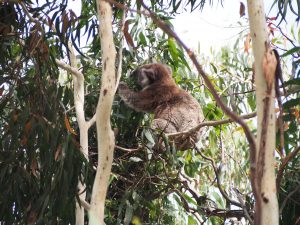 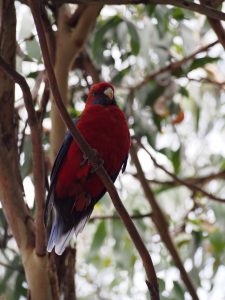 We spent the night in Apollo Bay, a cute little town that felt like St Peter Ording again with the cold weather. In our hostel the owner had gotten a big box of mussels today and told us that we could eat as much as we want. A german guy that stayed there was a chef, so he cooked mussels for everyone.
The next morning we got up early to drive to Cape Ottway Lighthouse. If you know the Great Ocean Road, you know now that we weren´t even half way through yet and getting back to Melbourne until 7pm was getting more and more unlikely. On the way to the lighthouse there are a lot of eucalyptus trees, so we were lucky to get even closer to a koala than the day before. 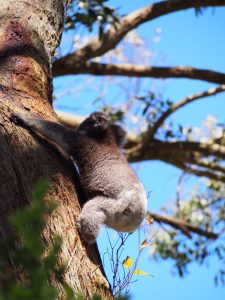 The lighthouse itself was beautiful and the views were great. Finally the sun came out, even though it was still cold. The lighthouse keeper told us some interesting stories about the history of the lighthouse and the life of the keeper and his family in the past. 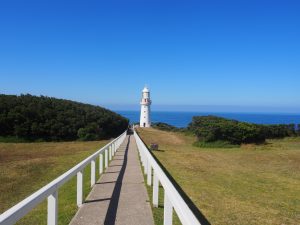 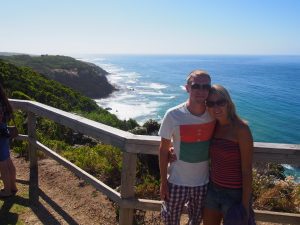 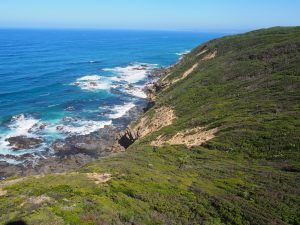 Our next stop would be the most famous one – Gibson Steps and right after that the 12 apostels! Did you know the number 12 was just made up? We counted 6, and then 2 on the other side, but definitely not 12! 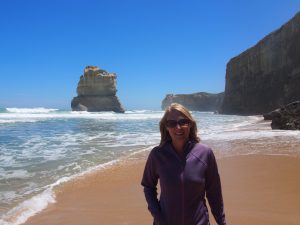 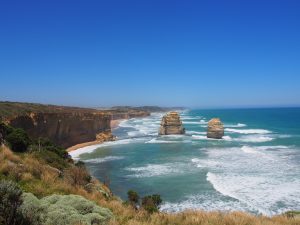 We had lunch in Port Campbell, where we had to eat in the car because we were attacked by at least 30 flies when we unpacked our food outside. From here a few great spots followed, including London Bridge, which we both find even more beautiful then the 12 apostels. 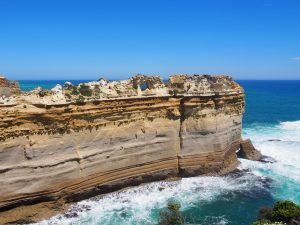 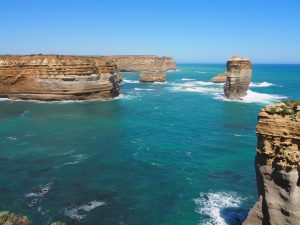 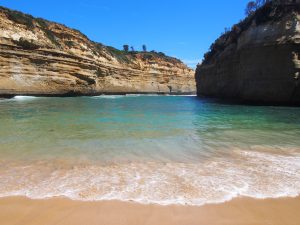 When we got there it was already 3 or 4 pm and we were a 4 hours drive from Melbourne. We knew then that we wouldn´t make it to the tennis match, which was a bit frustrating especially for Jens. After a longer discussion on how to spend the next 2 days we drove to Warnambool for the night.
On day three we got up early for a 2 hour drive up to Grampians National Park. What a beautiful area! The weather was totally different here, it was 38 degrees!! We went on a 2 hour hike to the Pinnacle Lookout where we had lunch. The walk up and back down was challenging because of the heat. There was no shade at all. 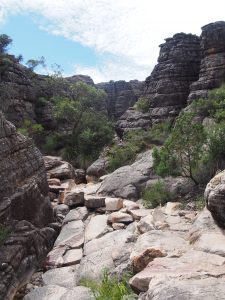 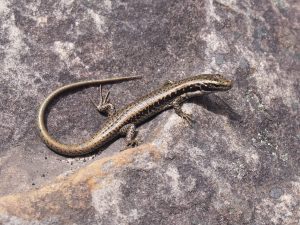 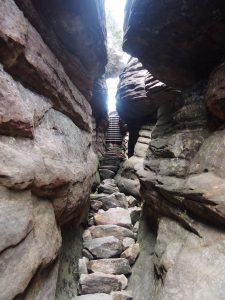 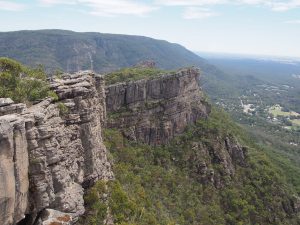 Next we went to McKenzie waterfall. The walk there was short and it was nice to cool of our feet in the cold water. 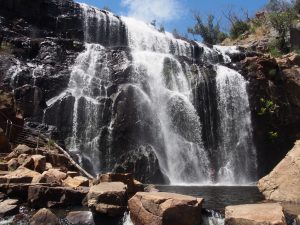 We had planned to do more hikes here, but it just got too hot, so we made our way back to the Great Ocean Road. We stopped at Tower Hill Reserve, a place almost forgotten along the Great Ocean Road. You can drive through the reserve or go on short hikes. We saw our first kangaroo mum with baby, some emus, and the cutest koala that was so close we could almost touch it. 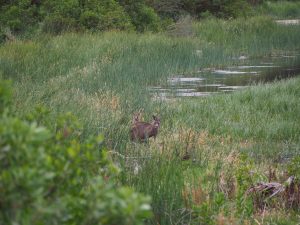 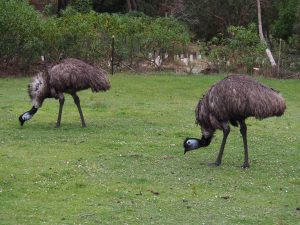 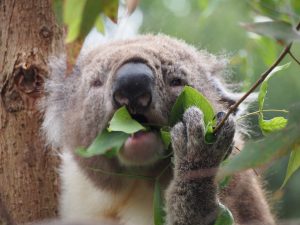 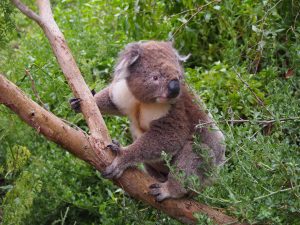 We decided to drive back to Port Campbell for the night. We got their around 8pm to find out that all hostels were full! The only possibility was to sleep in our car. But we really needed a shower and also some food, so instead of wild camping we went to a camping ground.
After a short, cold and surprisingly comfortable night we drove along the Great Ocean Road back to all the places that we missed when we went the other way. We got to some really nice places, but it was also a lot of driving. 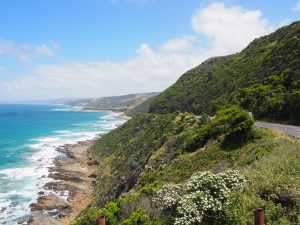 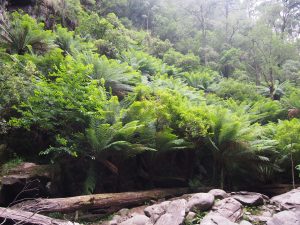 We spent the night in Geelong, a city which is not really pretty. We stayed in the worst hostel ever, which belonged to an Irish pub and smelled like beer and cigarettes everywhere. Some crazy and drunk people stayed there and we were happy to leave early. The next morning we got to the airport to fly to Cairns and start our big road trip!