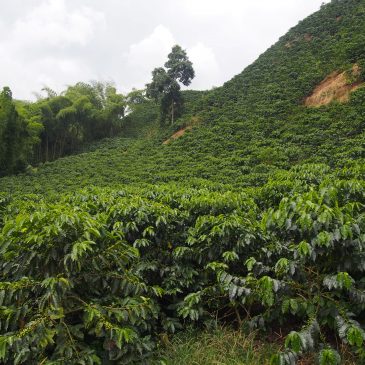 After Salento and the Cocora Valley we continued our journey through the eje cafetero to Santa Rosa and its termal baths as well as Hacienda Venecia, an actual working coffee farm.

Our second stop was Santa Rosa, about 1.5 hours by bus from Salento. We were surprised to find a rather big and ugly town, we expected a similar place as Salento. However, the reason to come here is not the town itself, but the nearby termal baths. So we just checked in to the first hostel we found for one night and tried to make our way up to the spa. It turned out to be more difficult than expected. Buses leave only every two hours, and of course we just missed one. A taxi was too expensive, so we waited… When we finally got on the bus, a terrible thunderstorm with lightning that was really close started. Great timing for an outdoor spa! Luckily it stopped when we got there. The termal baths were in a beautiful setting next to a waterfall, and we relaxed for a while. 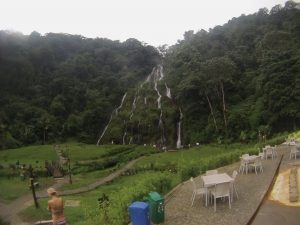 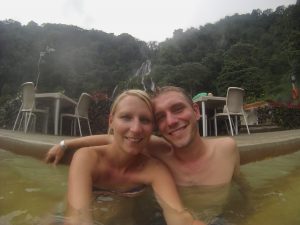 But guess what happened on the way back? We missed the bus again and waited another hour! By the time we made it back to town we were freezing and the relaxing effect of the hot water was gone…

The next morning we left early for the most important stop in Colombia´s coffee region – Hacienda Venecia, a working coffee plantation. The farm offers daily coffee tours to learn everything about coffee and also has three types of accomodations on their 200 hectar ground – a hotel, a guesthouse and a hostel. We stayed at the hostel which also had a kitchen, but we were able to use the pool of the guesthouse any time. 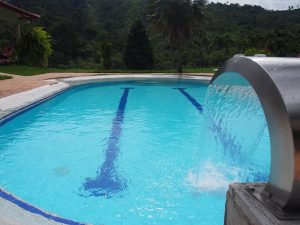 The whole place was so relaxing and calm that we decided to stay for three nights just the moment we arrived. For three days, we just relaxed in the hammock or by the pool, went for walks through the coffee and banana plantations and of course learned a lot about coffee. On our walks we picked some guaves from the trees and ate them later at the hostel. Sandra´s favorite fruit turned into a nightmare when she learned that almost all guaves had some worms inside… 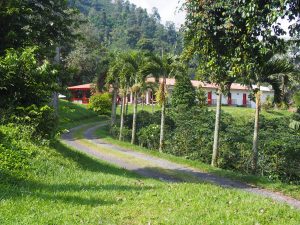 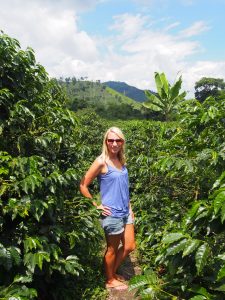 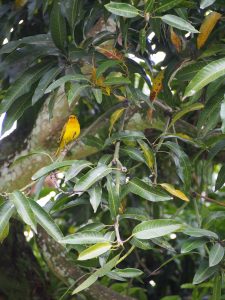 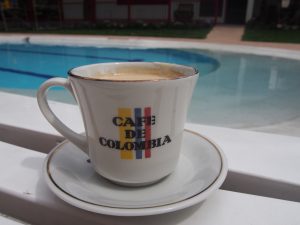 On the plantation  there are 120 hectare of coffee plants. The other 80 hectare are mainly bananas. Hacienda Venecia exports mainly to Japan and Canada. We learned that coffee beans are exported unroasted. Roasting is done in each country and the roasting process depends on cultural differences and tastes. 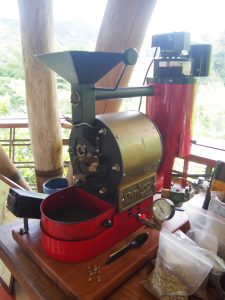 Colombia is the fourth biggest coffee producer in the world, following Brazil, Vietnam and Indonesia. Colombia only produces arabica beans. 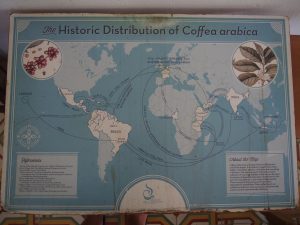 Only the first quality coffee beans are exported, second and third quality are sold in Colombia. So if you come to Colombia expecting to get some of the best coffee in the world, you are wrong.

To get a kilo of first quality beans, the beans pass through several processes of segregation. When they look like the ones in the picture, they are hand-picked to sort out the second or third quality beans. 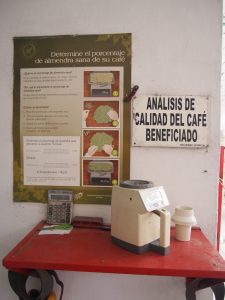 There are different processes of preparing the beans – washing or drying. According to our guide in the tour, the dried beans ferment more and are therefore more acid. Washed arabica beans are more expensive. 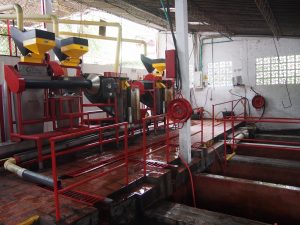 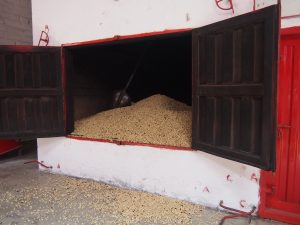 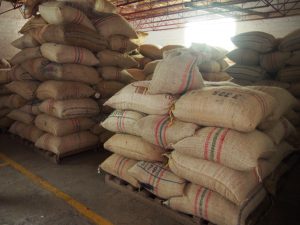 The hostel of Hacienda Venecia was really nice with a friendly manager and a social atmosphere. We made the best pizza in 8 months with some people who stayed there and always had a great time! The hostel dog Mocca was really cute (even though she barked through half of the night). And Jens even found a new hobby 😉 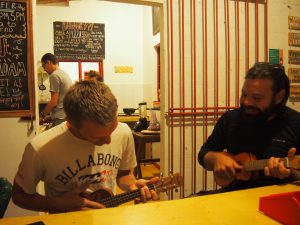 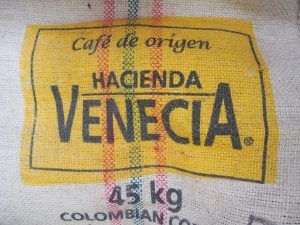