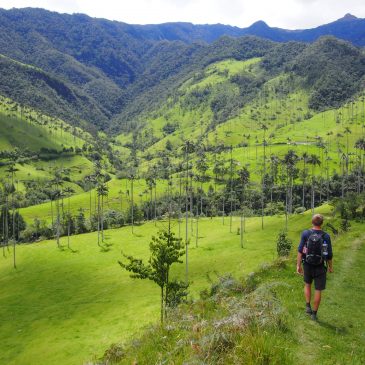 Colombia´s largest area of coffee production is called the Eje Cafetero or Triángulo del Café. It is located about 200 km west of Bogotá, right between Cali and Medellin. It includes three departments of Colombia: Caldas, Risaralda and Quindío with their capitals Manizales, Pereira and Armenia. The region is supposed to have one of the most beautiful landscapes in the country. We travelled through the region for one week.

The first thing we noticed is that it is really easy to travel around here. We arrived to Armenia from Bogota and there are mini buses to all the small villages constantly. Our first stop in the region was Salento, one hour from Armenia. This really small village has colorful houses and is surrounded by one of the most stunning landscapes ever. Even though the village is full of tourists (about 1 million people come here per year!), it got a very relaxed vibe. 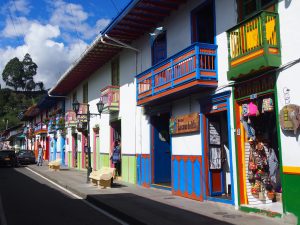 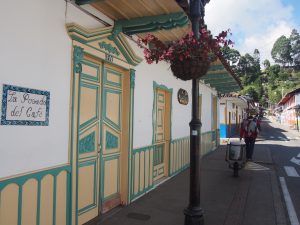 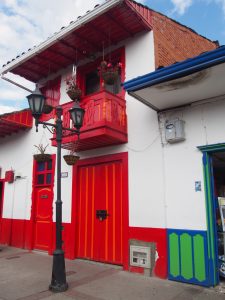 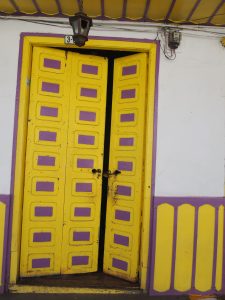 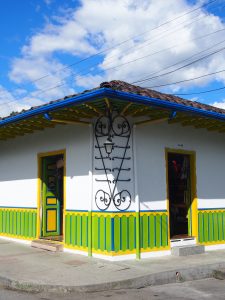 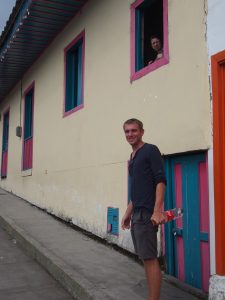 We were surprised not to see many coffee plantations around here. There are a few, but we noticed later that further north there was much more coffee. The main reason we came to Salento for was the Valle de Cocora. Wax palms grow here, the tallest palm trees in the world. They grow up to 60m high. To see them, you can go on an easy and beautiful 5 hour hike through the region. From Salento, you take one of these really nice jeeps which take you to the starting point. The jeep is already full? No worries, just stand on the back 😉 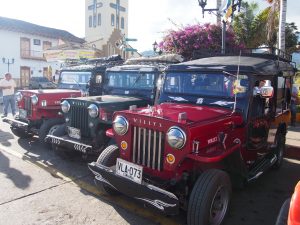 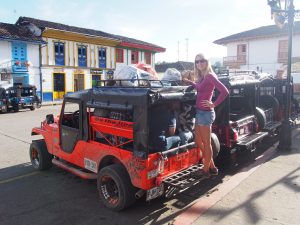 To reach the nice viewpoints of the valley, you have to ascend 1000m of altitude. The trick is to do the whole loop counter-clockwise. We didn´t really feel the ascend too much, except for a really steep 20 minute climb. But we saw many people sweating on their way up the other way around. This is the map of the area, for those who will ever come here. Just start your hike through the blue gate, you can´t get lost. 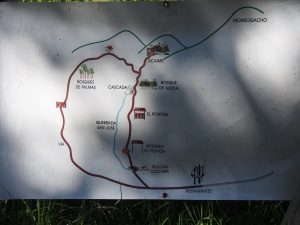 The start of the trek was a path through the lowest part of the valley. From here we could already see some palm trees. With the early morning light and some clouds coming in over the mountains, it was a spectacular atmosphere. 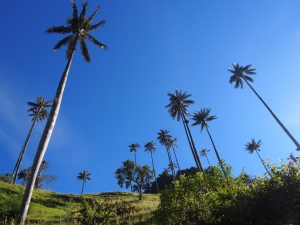 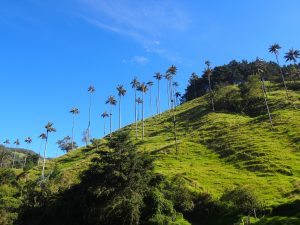 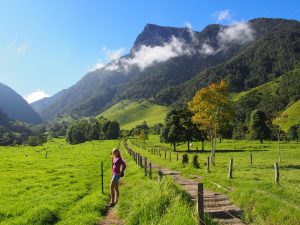 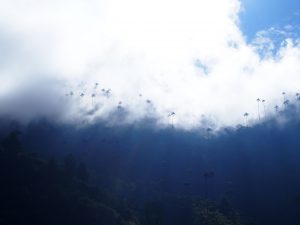 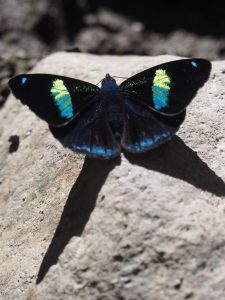 The second part took us through dense forest. We had to cross seven small bridges. There was a sign that only one person at a time was allowed to cross, which didn´t make us feel very confident. At least it wasn´t really high. 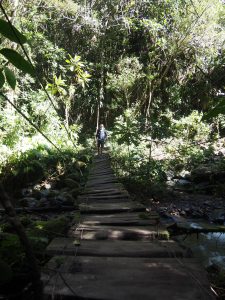 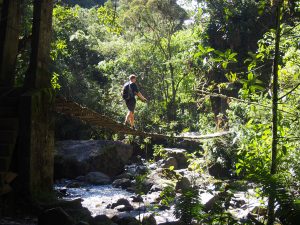 At the end of one trail there was a little house with a resting area, where we had a hot chocolate with cheese and got to enjoy a lot of hummingbirds and other colourful birds. 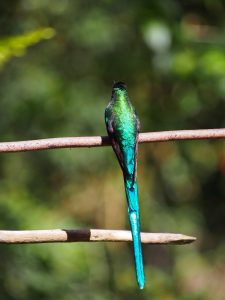 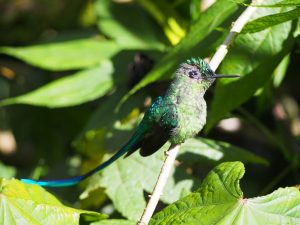 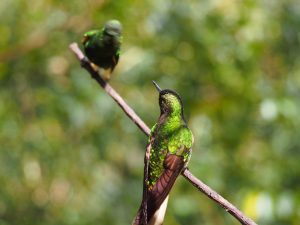 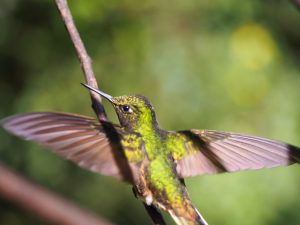 After a short snack we continued for the steepest part of the trek. As mentioned before, it was only really hard for about 20 minutes. We were surprised to arrive at the highest point already because it didn´t feel like a 1.000 meter ascend at all. From here, we descended for about two hours to the end of the loop. We couldn´t believe the breathtaking landscape. The colors were really intense and the palm trees incredibly high. We stopped for a picnic on the way and never wanted to leave. 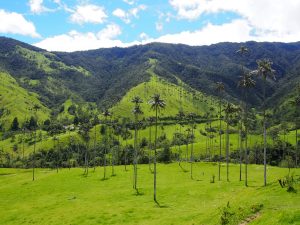 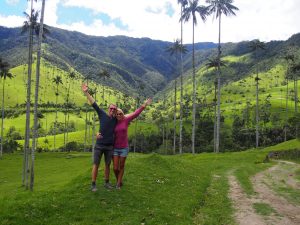 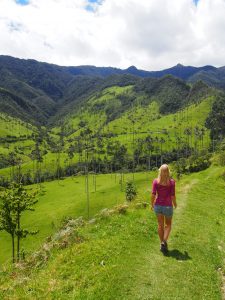 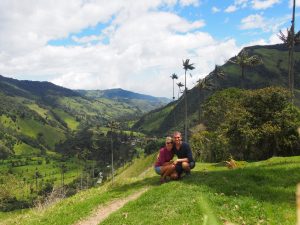 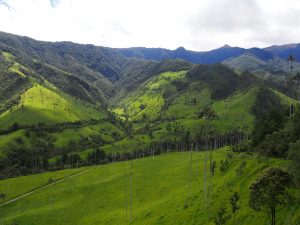 Lonely Planet called this valley the most beautiful hike in Colombia, and even though we haven´t seen much more yet, we agree!