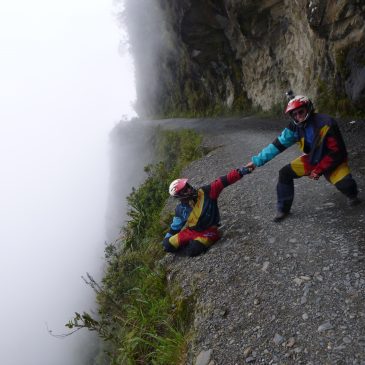 The North Yungas Road, better known as the Death Road, leads from La Paz to Coroico, a village in the Yungas region of Bolivia. Las Yungas is the transition zone between the dry highlands and the humid lowlands. The road first ascends to 4.690m and then descends into the jungle down to 1.300m. In 1995 the Inter-American Development Bank named it „the world´s most dangerous road“ due to the fact that 200-300 deadly accidents happened here per year. This is not surprising, the road is generally as narrow as 3m and sometimes even worse. Buses, cars and truck made their way up and down every day. 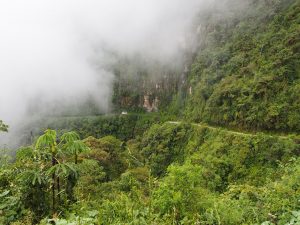 On the way down on the left there is a cliff as deep as 600m at some points. 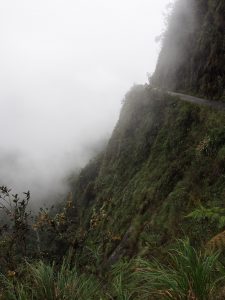 Crash barriers rarely exist. When you fall, you fall deep. Today the road is mainly used by tourist buses as well as the mountain bikers in search for some adrenaline. A new road has been built for the normal traffic.

We were picked up at our hostel in La Paz early in the morning and started our ascend to La Cumbre at 4.690m. The landscape is spectacular with a lagoon and the snow covered tops of the even higher mountains surrounding us. 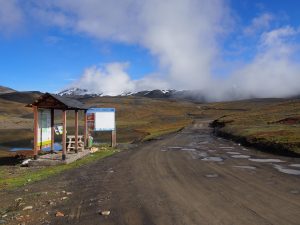 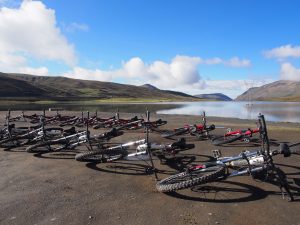 After breakfast we got on our bikes and started to descend. The first hour of the ride was to „practise“ on asphalt. That was the easy part. We drove quickly on the curvy road, and at the same time tried to enjoy the stunning surroundings. High mountains, valleys and driving through the clouds. After that we got on the bus again for a 30 minutes uphill part. 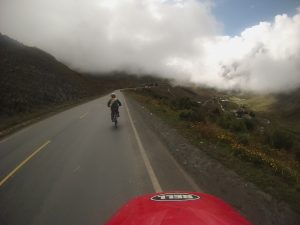 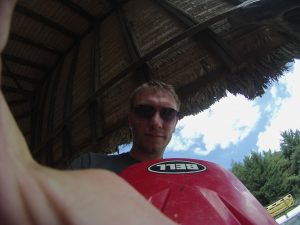 Then we entered the Death Road. For the rest of the trip the road was unpaved, maximum 3m wide and with really deep cliffs. No crash barriers, no safety net. We were told that on this road you have to drive on the left, because the people going down have to see the cliff. Well, that wasn´t exactly our plan, we wanted to stay as far from the cliff as possible… We rode our bikes below waterfalls and across rivers, always keeping in mind that falling could have fatal results. 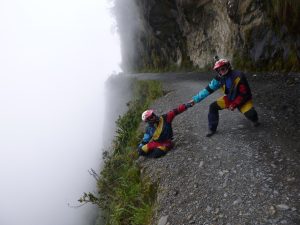 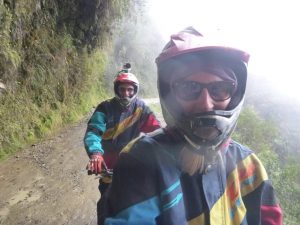 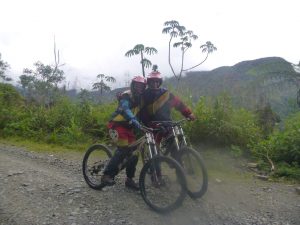 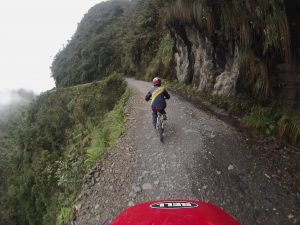 The scenery of this route is absolutely stunning and is worth every second of it. We descended rapidly and the scenery quickly changed. From high altitude mountains we went to the jungle. The dramatic cliffs showed us some beautiful valley views – if there were no clouds. We had a few breaks for pictures and food and made it down to Yolosa within 4 hours. 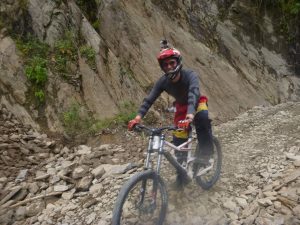 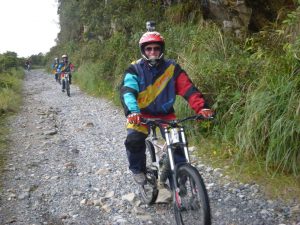 The whole drive is less dangerous than it seems to be. 3 meter of road is actually a lot. Of course there is a risk, but when you drive carefully nothing will happen. It must have been much more dangerous when cars and trucks have been on the road. However, if you are not a good mountain biker, you should rather consider a nice hike in the area. Sandra had quite a hard time on the road. This was not because of the cliff, but because of the difficult conditions on the road. 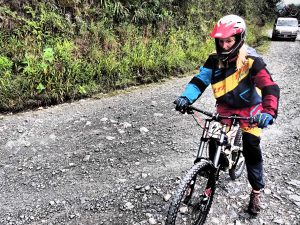 She was the slowest member of the group was a bit embarrased every time she got to a place 10 minutes after every one else 😉 She was happy to arrive at the end and definitely needed a beer then.

We had lunch in a nearby hotel with the group and were able to relax at the pool there. After that, the group went back to La Paz. We stayed in Coroico for a few days to relax from the tour. It was one of the nicest places in Bolivia! The tropical feeling was another world compared to La Paz (only 100km away). The town is small and got beautiful valley views. A great place to relax! We went on a hike to a waterfall through plantations of coca, coffee, oranges and bananas, all the time with great views. Unfortunately we got into some really bad rain again and therefor couldn´t see too much. It also killed the battery of our phone (La Paz is a cheap place to buy a new one). 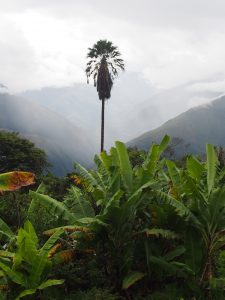 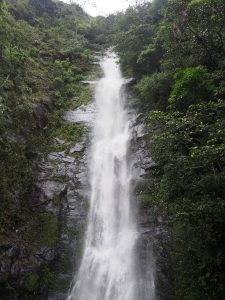 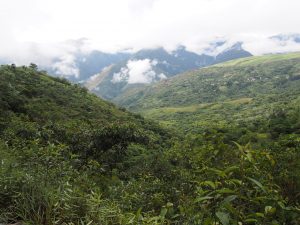 We could have stayed here forever, but we had to return to La Paz for a football game (Bolivia vs Argentina).

3 thoughts on “We survived the Death Road!”